Theory and practical driving tests resumed on October 11, in City of Kigali, and will run until October 22, before shifting to other parts of the country effective October 25.

Over 23,000 will do the tests in the three districts of Gasabo, Kicukiro and Nyarugenge. More than 16,400 registered for practical tests.

At least 450 candidates do practical driving tests every day with equal slots provided for the three districts.

Equal daily theory slots of 200 candidates were also provided for each of the three districts.

“All these details were made public and lists of candidates, date of tests and venue were communicated prior for the candidates to prepare accordingly. We understand that when such announcements are made, some candidates start thinking of hiring impersonators to fraudulently do the tests for them, which I advise against because of the severe legal consequences involved,” RNP spokesperson, Commissioner of Police (CP) John Bosco Kabera, said. 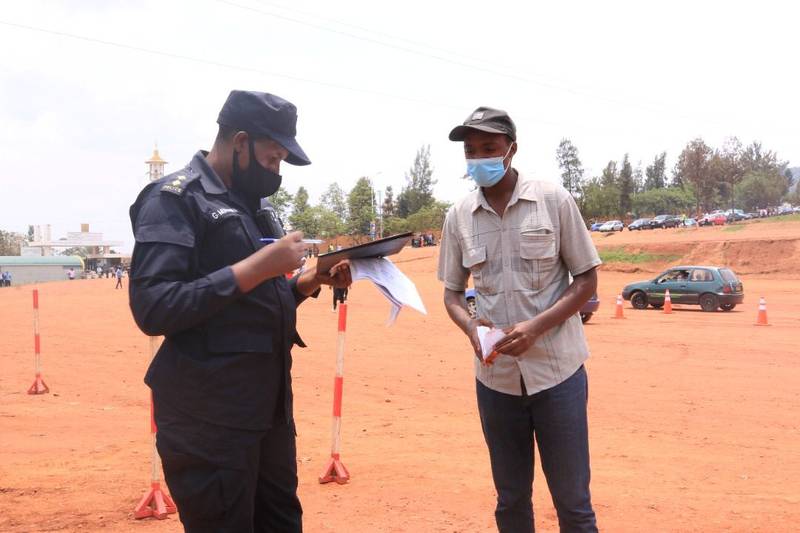 So far, five people have been arrested trying to sit for provisional test for candidates.

“Go to driving schools, revise, do enough rehearsals and come when you are well equipped with the right driving skills and well versed with the road traffic rules and regulations to pass the tests instead of wasting your time in such high risk inappropriate practices that might take you to prison. The same goes to those who are paid to do the tests for other people, whose consequences are even heavier,” CP Kabera added.

Article 276 of the law determining offences and penelties in general states that any person who, with fraudulent intention, produces a false written document, causes to write false statements or produces a conflicting declaration, is considered to commit the offence of forgery.